When I stopped working the occasion was celebrated with five different retirement parties. Those were just the ones to which I was invited.

I didn’t get the gold watch, but somewhere along the line I received air-quotes. Whenever I mention being “Retired” I’m required to raise both hands and wiggle two fingers to indicate that I’m not “really” retired. At first, I didn’t want to tell anyone that I “retired,” but just “changed jobs.” Because it was true– I had picked up a magazine gig and was producing several articles a month. The printed page had become my friend.

But it was hard to call it a “Job,” because I had no co-workers and I’d never once met an editor that I worked with. I was an “Independent Contractor” and received my assignments by email. Paper checks came in the mail. It was a bit like being a secret agent– no one knew I was on assignment unless I told them. To the ordinary observer it just looked like I was driving around. Unless I was careful I could spend more on gas than I was taking in. That’s not a job, it’s a form of insanity.

Of course, there are other forms of compensation than the monetary. Being an independent contractor meant I had no ordinary fringe benefits like insurance or pension contributions, but there were intangibles. Lots of them, things like freedom and self-expression. I could say whatever I wanted, as long as my editor okayed it.

Then I changed “jobs” again. Now I am into “property redevelopment” with my son. Most people refer to it as “Flipping.” But I prefer to call it “real estate stuff.” We are working on a 3-BR house in the suburbs, and it’ll be on the market “soon.” This is satisfying work, because i get to use real tools like wrecking bars, paint rollers, and a chop saw. And I get to wear a “respirator” whenever I want. But no checks come in the mail until the house sells. So it mostly feels like a job when I plop down on the couch at the end of the day.

What does “Retired” really mean anyway? I’m still thinking about that.

Wile E. Coyote or Daffy Duck, makes no difference. Any cartoon character knows that if there’s a big keg of gunpowder or TNT — you just light the fuse. And wait.

Pro cyclists line up, the starter’s horn sounds, and the fuse is lit. It’s only a matter of time. 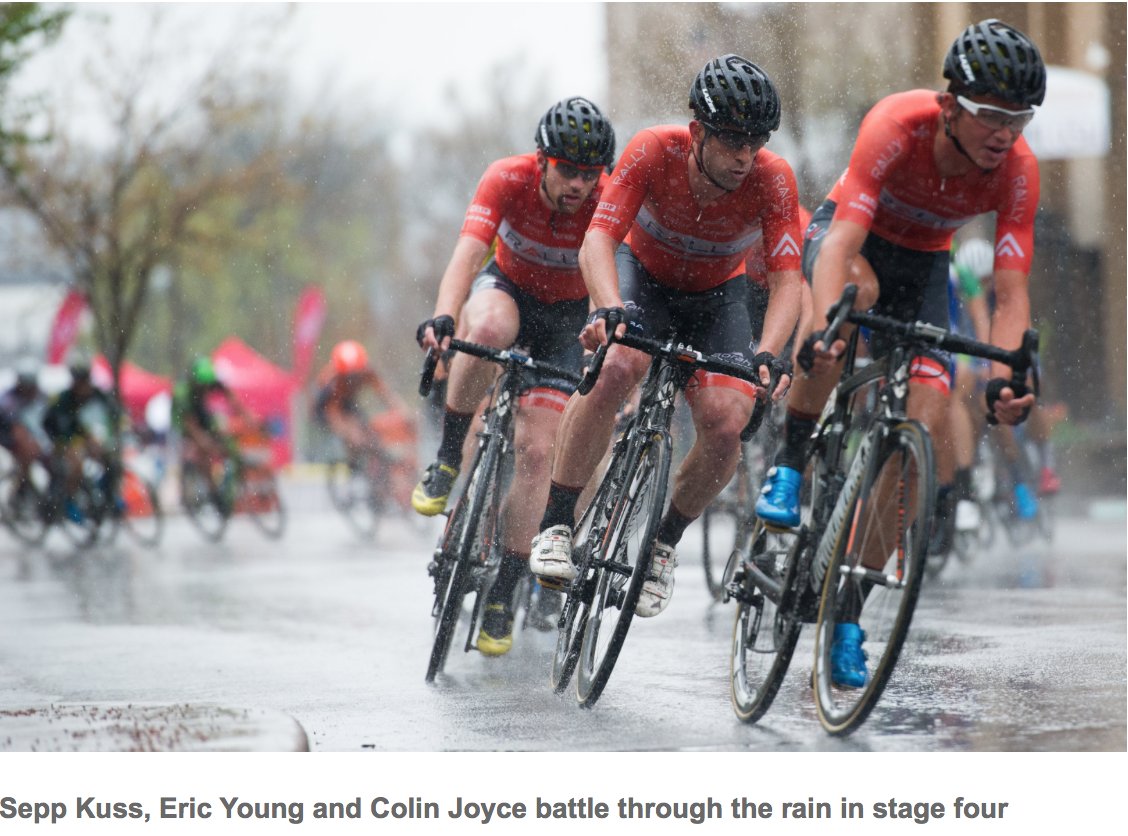 Cyclists racing repeated laps around a fixed course (usually closed-off streets), are racing a crit. Lots of crit races are stand-alone events, but most US stage races also include one stage that’s a crit. Race fans like them. You see everybody every time they come around, and they come around fast. If you snag a vantage point near the finish line you’ll get to see a high-speed sprint with the possibility of dramatic endings like photo-close finishes or a crash in the last turn. Crit courses have barricades erected, and sign-posts get stacked with hay bales.

There’s a clock, a lap counter, and a line on the pavement. A bike race is won when the tip of the lead wheel crosses the finish line. So it’s not the racer himself, head or chest or  hands, but the front of the tire. Giving the handlebars a sudden lunge at just the right moment can be the difference between first and second place. In a pro race it can mean several thousand dollars.

Bike races are actually team events, so the lead rider at the finish line is trying to win for both him (or her) self, and also for the team. Winners share out prize money with teammies who helped. The pic above shows three teammates helping each other by staying close and reducing wind drag. Riders in the front work  harder,  those behind save energy. It’s a matter of wind resistance. Speeds average 26 – 28 mph. There are some strategies employed and a lot comes down to who’s stronger at the end, but part comes down to positioning. That’s a prime reason for crashes: jockeying for position on the final lap or two. The final 100 meters of sprint will reach 40 mph.

If your son is one of the racers you cheer him in, hoping for the best, worrying a bit,  wondering what’s next. You wonder when the dynamite explodes.

Welcome to the personal blog of writer SG Young. My blog has three features:

PAPER posts are the things I’m thinking about, like fitness or kryptonite.

BONFIRE is the imagination.