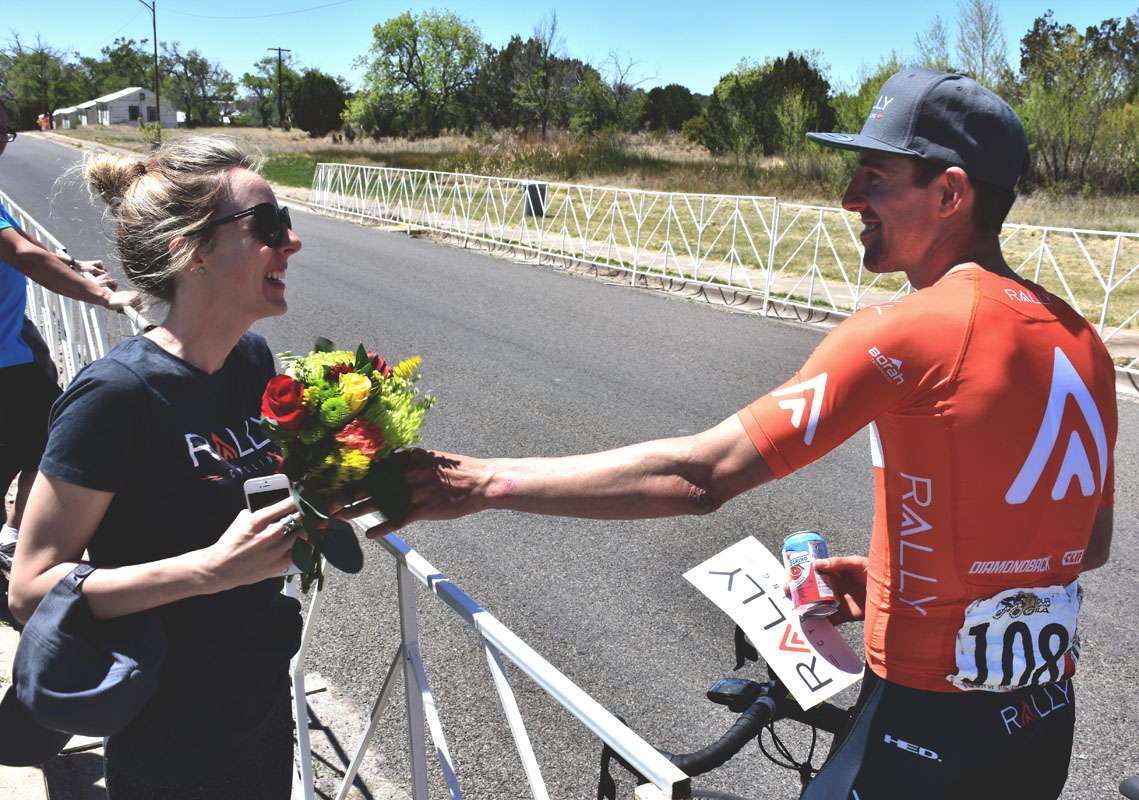 Compared to Wednesday’s race the second stage of Tour of the Gila is much more conducive to a sprint finish, so naturally we wanted to see Stage 2 up close and personal. Cell coverage is rather spotty outside of town, so we had no info or updates at all. Nothing on Twitter, no TourTracker app, not even the race announcer at the finish line knew much.

We did know Eric would have a decent chance to contest the final sprint– it’s a race he had won twice before (2012 & 2015), and it has the type of “race profile” that fits his approach to winning. A Race Profile is a little chart that shows gains and losses in elevation, and in New Mexico it looks like a schematic of a mountain range– however, we’ve learned what to look for, and Stage 2 looks like what we like to see: all the climbing is over well before the finish and the last few miles offer a fast approach back into town so sprinters can move to the front and position themselves for speedy acceleration in the last 500 meters. That’s when things are apt to get interesting.

We found a vantage point about 100 meters upstream from the finish line where we had views both backwards to the final turn and onward to the finish. Then we waited for things to come into view. In front of a pro race there are always motorcycles, police cars, and officials. Behind the racers there are always team cars and support vehicles, (for example, the ambulance in the photo). In between are the cyclists.

As they came into view we saw orange. That is always a good thing, but other colors were swirling around in front and behind the orange. The orange was Eric, still trying to make his way to the front. His ideal position is “second wheel” which means he’s right there, but has one guy in front of him, one guy who is crushing his way through the air making a little invisible hole to hide inside of. In a classic sprint lead-out that guy is a teammate who is helping on purpose, but usually it’s an opponent who has started his all-out sprint earlier because he knows that’s his best chance to win. That guy was Travis McCabe, one of the best racers in the US. After a ride of 80 miles Travis and Eric had 100 meters left to see who would be on the top step of the race podium. They flew past our 100 m vantage point at about 35 mph with Travis ahead by a bike length and Eric trying to come around him. The last 50 meters of a sprint finish only takes about 2 seconds, but they are long seconds. I know that Eric has a full-on sprint that is faster than Travis McCabe’s, but faster enough to make up a bike length in 50 meters?

It was, and Eric had flowers to present to the most important spectator. 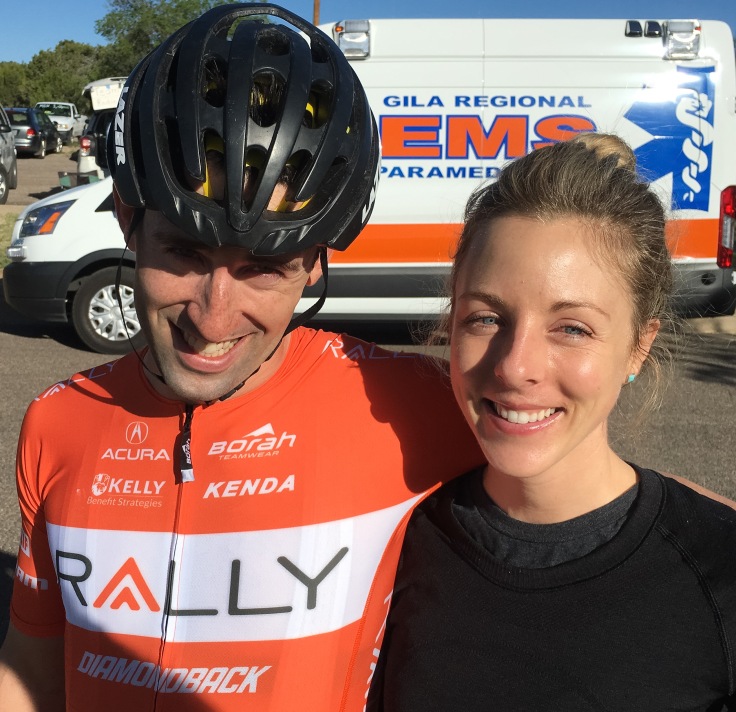