We stopped the last day at Venice Beach, just minutes before we returned our rental and rode the airport shuttle to LAX.

We passed a giant macaw just hanging with his owner, a customer at a sidewalk table. The bird was friendly and enjoyed having his head scratched, but the owner was tired of talking. I wondered why someone might bring a giant social bird in brilliant colors to a sidewalk cafe if he didn’t want to . . . talk about the bird. But he just wanted to read the paper. 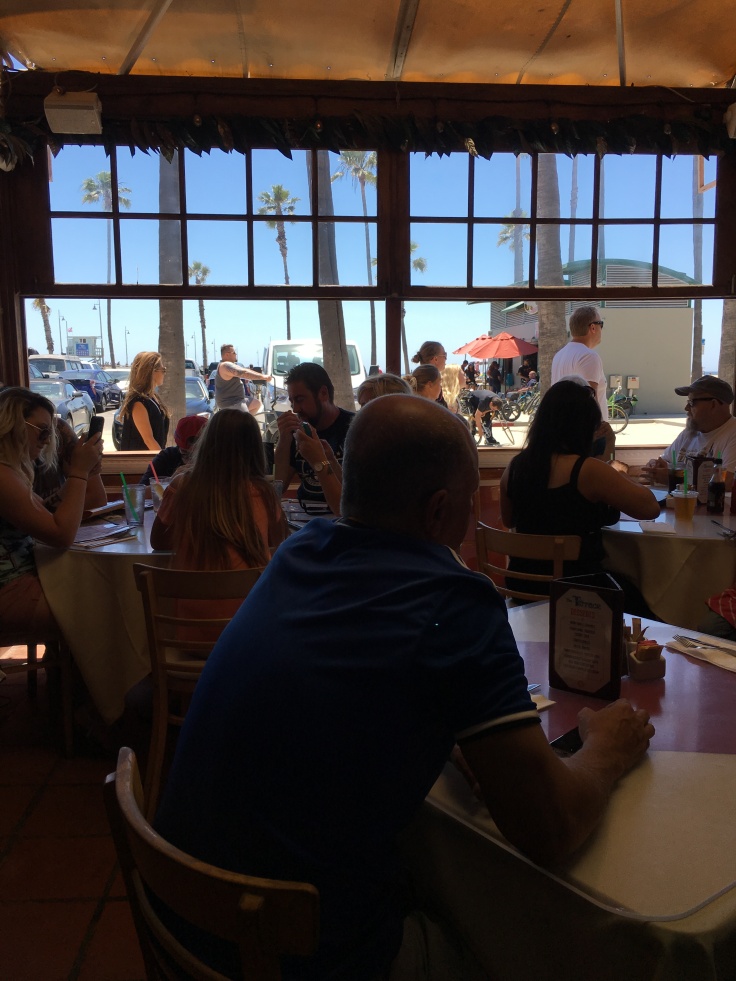 We walked on until we got to the beachfront places and ordered iced teas at a place that fronted the Venice people-show. It’s probably more California here than anywhere else in California. Ordinary people turn into a TV show, on display in windows looking out.

The couple just next to us remained friendly though they’d been disappointed to find they had missed the brunch eggs Benedict, and on her birthday. It kind of summed up something about the trip.

For me, California had three segments—first, Yosemite with Tom and Christine, second, cycle racing with Eric and Team RALLY, and third, driving around sight-seeing, trail-hiking, and beach-hopping, all after Eric flew home.

It was all fun but made a strange trip for us—the RALLY cycling team kept me focused on racing by being in every break and winning two stages and three Most Courageous jersey! It was impossible to not pay attention, even though we didn’t go to the races anymore without Eric involved. We had fun and saw family, but it wasn’t like New Mexico. It was Carol’s first time at the Amgen Tour of California, RALLY’s greatest week in the history of the team, but we were ready to go home.